Ii is a Perfectly Good Way to say, "No, Thank You" written for your information by Jolito Ortizo Padilla. 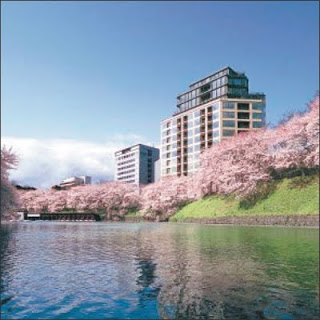 I don't know why people are sometimes judgmental when they did not even know a person during the early years of his career. Pride, insecurity and jealousy thrives with these kind of people. They are bugs, that even a handy fly swatter could not stop them.Forget them. Smile and say ii to these people.

To the bugs, let's learn: Ii is a Perfectly Good Way to say, "No Thank You."

When I was in elementary school, a certain comma was the bane of my existence. No, not the serial comma. I learned (and later unlearned) that one relatively easily. It wasn't the comma before "too", either, nor was it the one between multiple adjectives modifying a single noun. No, it was the comma in "no, thank you."The role the comma plays , the way set phrases are spoken and undestood , and the disconnect caused by a phrase of refusal that incorporates a words of affirmation and acceptance is mirrored in the Japanese word iiand its polite alternative yoroshii and kekko.

Perhaps I was uncomfortable with "no, thank you" because the phrase sounds more like "nothankyou." We utter set phrases so often and so quickly they seem to merge into a single word, such as "thanksalot" and "howzitgoin." This is especially true for "nothankyou", since we attach it to the end of conversation in order to exit a situation. For example, to leave a convenience store or a supermarket unburdened by receipt. We shouldn't feel bad, though. This is, after all, the goal of set phrases. we use them to expedite the process of relaying certain information.

In no, thank you" we relay politely the fact that we are refusing goods or services offered by another party. While the comma confused me, it also provided the solution-it sets off the answer ("Nay! I need not the extra calories in those supersize fries")from the polite softening of the phrase (" but thank you for the offer"). If you pause for a moment on the comma, the meaning become obvious. And the longer you pause, the more polite it becomes. Standard level of politeness, "notankyou." More polite, "No, Thank you." Polite and very considerate, "No ( a beat), Thank you." You have to be careful not to take this to the next level of "sarcastic politeness": "No (adjusts monocle and puts on top hat), Thank you.

Japanese, too contains polite refusal that sometimes confuse students. When teachers introduce the word ii, they often give the quick , three -word definition:good, fine, nice like "Thank you," these are positive words. Teachers fail to mention , at least initially , that "fine" really means "fine without." The real definition of "fine" in the phrase "ii desu" is " I'm fine (in the state in {I often with the absence of ceratin services or goods offered}) "Or " I'm fine, I don't need the receipt. Keep it please. No , Thank you."

This fact becomes more readily apparent if you've heard someone say or shout "mo ii" ( Enough already!)Using "mo ii" less assertively is an acceptable way to refuse something offered, especially if you add "desu", "keki wo mo sukoshi tabemasu ka?" " Would you like more cake?" "Mo ii desu." ("No, thank you")"Keko desu" is the polite alternative to "ii desu,", but the long vowel at the end along with the long constant "k", makes pronounciation trickier.If you use this phrase and find that people double-check what you've said with "ii desu ka", you might try to stick to a straightforward "ii desu"and hold your palm out in front of you-the universal symbol for stop.

When you are asking questions , do not use "kekko" - use " yoroshii," instead. In this case , the order of politeness of these questions running from the shortest (least ) to the longest (most) is li desu ka"? "Yoroshii desho ka?" These questions are flexible and incredibly useful. First you can use them to confirm that someone is "fine (with the current situation/without something)."A useful English is, "Are you sure? These questions are also a sincere way to express appreciation for someone's kindness. Say, for example, a ramen shop owner offers you free gyoza with your ramen. An acceptable way to express thanks without using "arigato gozaimasu" would be to confirm this in miraculous event with "ii">(Ee? Honto ni ii desuka?"" "What?" Really? Are you sure?") and then give thanks with a sing-song "itadakimasu!"

While iiis an adjective meaning good or nice, it's important to remember that it is incorporated in many set phrases such as "no, thank you" that can quickly express that something is decidedly not good. I've known one Filipino English teacher in Tokyo that had an array of stickers that she give to students. Boys loved insect stickers. when she offered one to a girl in the class with "Mushi wa ikaga desu ka?" ("Would you like bug?"), she match her level of politeness and reply, "Mushi wa ii deshu." No, she wasn't saying bugs were good, she was implying she was fine, thank you, without any bugs. Learning the subtle uses of "ii" can, it appears, even make a handy fly swatter.