The Politics of Strategy Choice by Jolito Ortizo Padilla

All organizations are political. Unless managed, political maneuvering consumes valuable time, subverts organizational objectives, divert human energy, and results in the loss of some valuable employees. Sometimes political biases and personal preferences get unduly embedded in strategy choice. Internal politics affect the choice of strategies in all organizations. The hierarchy of command in an organization, combined with the career aspirations of different people and the need to allocate scarce resources , guarantees the formation of coalitions of individuals who strive to take care of themselves first and the organization second, third or fourth. Coalitions of individuals often form around a key strategy issues that face an enterprise. A major strategists is to guide the development of coalitions, to nurture an overall team concept, and to gain the support of key individuals and groups of individuals.

In the absence of objective analyses, strategy decisions too often are based on the politics of the moment. With development of improved strategy formation tools, political factors become less important in making strategic decisions. In the absence of objectivity, political factors sometimes dictate strategies, and this is unfortunate. Managing political relationships is an integral part of building enthusiasm and esprit de corps in an organization.

A classic study of strategic management in nine large corporations examined the political tactics of successful and unsuccessful strategists. Successful strategists were found to let weakly supported ideas and proposal die through inaction and to establish additional hurdles or tests for strongly supported ideas considered unacceptable but not openly opposed. Successful strategists kept a low political profile on unacceptable proposals and strives to let most negative decisions come from subordinates or group consensus, thereby reserving their personal vetoes for big issues and crucial moments. Successful strategists did a lot of chatting and informal questioning to stay abreast of how things were progressing and to know when to intervene. They led strategy but did not dictate it. They gave few orders, announced a few decisions, depended heavily on informal questioning , a sought to probe and clarify until a consensus emerged.

Successful strategists ensured that all major power bases within an organization were represented in , or had access to , top management. They interjected new faces and new views into considerations of major changes. This is important because new employees and managers generally have more enthusiasm and drive than employees who have been in the firm a long time. New employees do not see the world the same old way ; nor they act as screens against changes. Successful strategists minimized their own political exposure on highly controversial issues and in circumstances in which major opposition from key power centers was likely. In combination, these findings provide a basis for managing political relationships in an organization.

Because strategies must be effective in the marketplace and capable of gaining internal commitment, the following tactics used by politicians for centuries can aid strategists: 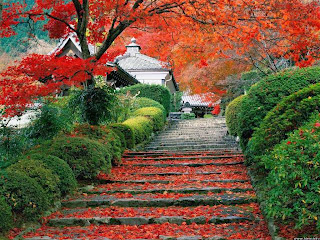