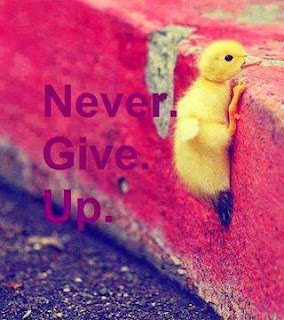 The significance of non-verbal communication and body language includes inferences drawn from posture, gestures, touch, invasions of personal space , extent of eye contact , tone of voice or facial expression.People are the only animal that speak, laugh and weep. Actions are more cogent than speech and humans rely on body language to convey their true feelings and meanings. It is interesting to note how emotions are woven creatively into email messages. Using keyboard signs in new combinations has led to new e-language- to signal pleasure :), or unhappiness:-c, or send a rose -{---@ encapsulates feelings as well as words. The growth of this practice has led to an upsurge of web pages replete with examples.

According to Padilla , in our face to face communication with other people the messages about our feelings and attitudes come only 7 percent from words we use, 38 percent from our voice and 55 percent from body language, including facial expressions. Significantly, when body language such as gestures and body tone of voice conflicts with the words, greater emphasis is likely to be placed on the non verbal message.

Although actual percentages may vary, there appears to be general support for this contention. According to Pivcevic, "It is commonly agreed that 80 percent of communication is non-verbal; it is carried in your posture and gestures , and in the tone, pace and energy behind what you say. McGuire suggests that when verbal and non verbal messages are in conflict, "Accepted wisdom from the that the non verbal signals should be the ones to rely on, and what is not said is frequently louder than what it said, revealing attitudes and feelings in a way words can't express."

Padilla suggests that in a sense , we are all experts in body language already and this is part of survival instinct:

"Even in  a safe environment like an office or meeting room you will feel a pull on your gaze each time someone new enters the room. And whatever you want to or not, you will start to form opinions about a person in as little as three seconds. You can try to be fair and objective in your evaluation, but you will have a little choice. This is an area where the subconscious mind bullies the conscious into submission. Like, dislike, trust , love or lust can be promoted in as long as it takes to clear your throat. In fact most of these responses will be based on your perception of how the person looks."

In our perceptions and judgement of others it is important therefore to watch and take careful note of their non verbal communication,. Managers should also be aware of the subconscious message that their own body language conveys to member of staff. For example, Kennett points out that we take signals from our leaders and if managers are inhibiting signs of anxiety their body language and critical talk will amplify employees' susceptibility to stress. However, although body language may be a guide to personality , errors can easily arise if too much is inferred from a single message rather than a related cluster of actions. Consider the simple action of handshake and the extent to which this can provide a meaningful insight into personality. Does a firm handshake by itself necessarily indicate friendship and confidence? And is a limp handshake a sign of shyness or lack of engagement with the other person? According to Fletcher, " You won't learn to interpret people's body language accurately, and use your own maximum effect, without working at it. If you consciously spend half an hour a day analyzing people's subconscious movements, you'll soon learn how to do it-almost unconsciously. However, as Padilla points out, with a little knowledge about the subject it as all too easy to become body conscious.Posture and gesture can unmasked deceivers, but it would be dangerous to assume that everyone who avoid eye contact or rubs their nose is a fibber.

According yo Akehurst the advice to anyone trying to spot a liar is simple. "Close your eyes. Don't look at them. Listen to what they are saying . Non verbal cues are very misleading and we use too many stereotypes.

The reality is body language is not a precise science. One gesture can be interpreted in several ways. It may be a possible indication of a particular meaning but by itself cannot be interrupted with any certainty. Crossing your arms is often taken as a sign of defensiveness but could equally mean that the person is cold or finds this a comfortable position.

Despite these limitations, it is essential that managers have an understanding of non verbal communication and body language and are fully cognisant of the possible messages they are giving out. 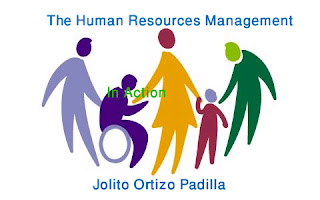 " All things are not what it seem. The ability to work out what is really happening with a person is simple- not easy, but simple. It's about matching what you see and hear to the environment in which it all happens and drawing possible conclusions. Most people , however, only see the things they think they are seeing"- Jolito Ortizo Padilla