The Art of Delegation by Jolito Ortizo Padilla

Delegation is not an easy task.It involves behavioural as well as organizational and economic considerations,and it is subject to number of possible abuses. Effective delegation is a social skill. It requires a clear understanding of people- perception ,reliance on other people, confidence and trust and courage. It is important that the manager knows what to delegate , when and whom. Matters of policy and disciplinary power, for example, usually rest with the manager and cannot legitimately be delegated. Delegation is a matter of judgment and involves the question of discretion.

Delegation is also a matter of confidence and trust- both in subordinates and the manager's own performance and system of delegation. In allowing freedom of action to subordinates within agreed terms of reference and the limits of authority, managers must accept the accept that  subordinates may undertake delegated activities in a different manner from themselves. This is at the basis of the true nature of delegation. However , learning to put trust in other people is one of the most difficult aspects of successful delegation for many managers.

Delegation involves subordinates making decisions. For example , as Guirdham points out: "A strict separation of manager and subordinate roles sends the message to workers that they are only responsible for what they are specifically told to do. Managers who neglect to, or cannot delegate are failing to develop the human resources for which they have responsibility.

Mistakes will inevitably occur and the subordinate will need to be supported by the manager, and protected against unwarranted criticism. The acceptance of ultimate responsibility highlights the educational aspect of the manager's job. The manager should view mistakes as part of the subordinates training and learning experience, and an opportunity for further development. "Even if mistakes occur, good managers are judged as much by their ability to manage them as by their successes".

The concept of ultimate responsibility gives rise to the need for effective management control over the actions and decisions of subordinate staff. Whatever the extent of their delegated authority and responsibility, subordinates remain accountable to the manager who should , and hopefully would , wish to be kept informed of their actions and decisions.Subordinates must account to the manager for the discharge of the responsibility they have been given. The manager will therefore need to keep open the lines of delegation and to have an upward flow of communication. The manager will need to be kept informed of the relevance and quality of decisions made by subordinates. The concept of accountability is therefore an important principle of management. The manager remains accountable to a superior not just for the work carried out personally but also for the total operation of the department/ section.This is essential in order to maintain effective coordination and control , and to maintain the chain of command.

The manager must remain in control.The manager must be on the lookout for subordinates who are concerned with personal empire building than with meeting stated organizational objectives and prevent a strong personality exceeding the limits of formal delegation.We have said that delegation creates a special manager -subordinate relationship and this involves both the giving of trust and retention of control. Control is, therefore, an integral part of the system of delegation. However, control should not be so close as to inhibit the effective operation or benefits of delegation. 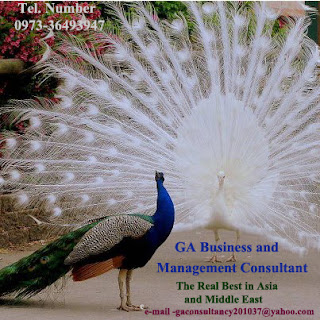 Copyright Infringement is punishable by Law...