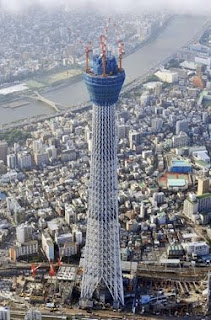 I received two letters from my former students in Singapore and KSA that needs to be addressed. One is working in Petronas-Malaysia and the other is connected with SABIC-KSA.

On Flexibility of Work from SABIC-KSA

In a business context , flexibility can refer to a number of different ideas. Today its most common usage is in the workplace where it refers to such thing as flexi-time. But the word has a longer pedigree in the area of strategy, where it generally generally refers to a firm's ability to respond to changes in its environment rapidly and at low cost. In the (limited) sense that strategy is an unchanging commitment to something , it is the antithesis of flexibility.

A firm's strategic flexibility depends upon partly on its liquidity , since its ability to respond speedily is inevitably determined by access to funds. More importantly, it depends on its organizational structure , on the way in which its units work with each other, and the freedom they have to take decisions.

The trade-off between flexibility and firmness has been a long running subject of management discussion,and was never included in that second edition(1996) of the book the college was using.Julian Birkinshaw, wrote in Sloan Management Review, "For company to succeed over the long term it needs to master both adaptibility and alignment -an attribute that is sometimes referred to as ambidexterity."

For adaptibility , read flexibility; and for alignment, read firmness. The balance between the two ,ambidexterity, is a term which Birkinshaw claims was used this sense in 1976.

I put the dilemmas slightly differently in my book, Strategic Management as" One of the most fundamental and enduring tensions in all but very small companies is between sub-unit autonomy and empowerment on the one hand , and overall organizational integration and cohesion on the other."

Autonomy and cohesion ;adaptibility and alignment ;flexibility and firmness. The words are different though the dilemma remains the same.

For most of the past century, firmness has had the upper hand in the corporate strategy. Companies have set themselves on a particular course and it has taken a huge effort to divert them. As I remind you in the class and will remind you again "A big company is a bit like an oil tanker. There is no way it can turn on a sixpence."

From my Former Student in Singapore: I'm thinking of becoming a self employed consultant, but where do I start?

If you can enter the brave new world of self employment with a couple of firm contracts, perhaps taken from your existing employer, you will have a much easier start. At the very least you need a host of good leads that you plan to target.

When setting up, consider what you will be offering and to whom you will be offering it. This is a competitive market and you need to have an offering that has wide appeal and is different from the rest of the competition. It also helps to have a particular market sector in which you are well positioned, based on experience and an ability to serve the market well.

Pricing when you start is vital. Try to research the going rate for consultants in your field and remember that when you bid you will be up against established consultants. Your fees will need to be competitive , and don't forget that income will have to cover you for the non-fee-earning days that are inevitable.

The other aspect of starting up is that you are now entering the world where cash flow is king. Many customers will want to pay out only on successful completion of the project , which could be up to six months long, but they may pay stage payments depending on you producing deliverables. At best, customers pay 30 days from the invoice , some take 60 days and other try everything they can not pay at all.

In the meantime , all your outgoings continue to exist and you need to allow for this. This is tough time to be starting a new business and it is particularly difficult to obtain credit to cover start up costs. You will need a strong business plan to put before the bank manager for any funding to cover this lack of income.

Self employment is hard work-don't forget you will have to either do or contract in all the services you were used to your employer providing, such as accounting (including chasing late payments ), sales and marketing, project planning and development.

You will have to do all this as well as work that you have already been doing and get used to working with people that you don't know well. Your interpersonal skills will have to be top notch, as will your time and project management skills. You need to be perfectly clear with customers what you will do for them and what they have to do themselves in order to avoid disputes.

Having given you an idea of the pitfalls that may arise , self employment can be extremely rewarding. You can expect to work hard but it should be interesting and enjoyable working on your terms and being able to create your own work-balance life.
Ipinaskil ni Jolito Ortizo Padilla sa 10:37 PM