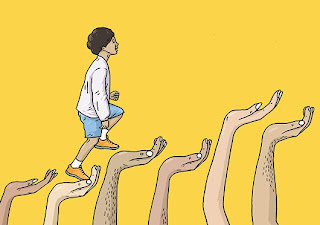 "Solidarity and Economics"- Bahrain's Road To Progress and Happiness

One branch of this new type of economics is called the Economics of Happiness or Happiness Economics.One of the most often quoted comments about economics is that it is a dismal science. This came from Thomas Carlyle writing in 1849; " Not a gay science ", I should say ,like some we have heard of, no a dreary, desolate and, indeed, quite abject and distressing one; what we might call, by way of eminence, the dismal science." Thomas Carlyle was a famous writer and social commentator of the time. He was contrasting some of the negative predictions of economics of his age with a "gay science" which at the time referred to "life enhancing knowledge".

Jeremy Bentham was a philosopher who put forward the theory of utilitarianism.This stated that human being should act in a way that would cause "the greatest happiness of the greatest number". This was a philosophy which should guide the individual : should I spend $500 on a holiday for myself or should I use it to pay for the tuition fees of my child at university? It was also a philosophy which could guide government policy: should the government increase taxes on high income on high income earners to pay extra spending on health care stay the same?

An assumption of utilitarianism is that happiness can be measured in the same way that the weight of a loaf of bread can be measured. If happiness cannot be measured, then individuals, governments and other decision makers cannot make the calculations necessary to ensure "the greatest happiness of the greatest number". The whole theory then becomes useless as a basis for decision making. Following Bentham's death,the consensus view in neo-classical economics came to be that happiness could not be measured. Economics could say nothing about the happiness or value that one individual puts on consuming a good or taking a job compared to another individual.

Another criticism of utilitarianism was that happiness is not the only the only goal in life. There are many other goals that human beings might have. They might prefer to be rich and famous rather than happy. Their goal might be to uphold the honor of the family. Status, power, possessions, control and sex are other possibilities.People's goal differ from culture to culture and it is is arguably too simplistic to reduce everything to happiness.

The economics of happiness refutes these problems and argues that happiness can indeed be measured and that happiness should be seen as the most important goal of individuals whatever their culture.
Copyright Infringement is punishable by Law 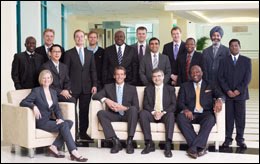