The most unlikely people can become management gurus,such as academics ,are already in position.Others, because of their job,say as head of a big business,are respected for their achievements,for what they preach in public about managing, or what they may written in articles or books. Our selection of gurus includes all categories,but more important is,what can we learn from them? Alfred Sloan was probably the founding father of modern industrial management systems. He became a very rich person; sufficiently so to endow a school of management named after him at M.I.T. Philip Kotler my mentor in marketing is again an originator; he didn't invent marketing , but he has codified it into a serious discipline which we can study and profit from it. Michael Porter is a kind of management deity , making pronouncements, often dense and difficult to understand , but acute and relevant. W. Edward Deming was an unassuming census clerk with a fascination for statistics. He transformed the industry of an entire country with his ideas on quality, so that Japan became a pre-eminent industrial power. Gary Hamel stirs up controversy, and thus makes people think. Finally Laurence Peter (and colleague Raymond Hull) wrote a book which took a sly at management , and came up with an uncomfortable truth. Although not really fitting into any of our guru categories. Peter has made us look at the way our organization (or is not) working. That is a great guru.

ALFRED SLOAN
The business of business is business

Alfred Sloan was the most original CEO and organizational thinker of the 20th century. He was also clever enough to set his record down in a book that has become a management classic: My Years with General Motors. Sloan became President of GM; it was there that his reputation was made. He recognised the company in a way that became a template for virtually every corporate entity for the rest of the century. He divided the company into separate autonomous divisions that were subject only to financial and policy controls from a small central staff.

The result of this "federal decentralization" were enduring and dramatic. Sloan also introduced systematic strategic planning procedures for the company divisions, the first CEO over to do such a thin. He was President of the company from 1923 to 1956, over 30 years with his hand effectively on the helm of one of the largest companies in the world. However he was known as "Silent Sloan" to the company's worker because he preferred to run the business from behind the scenes. His management style is well illustrated by his famous summing up the end of GM Senior executive meeting: "Gentlemen, I take it we are in complete agreement on the decision here", he stated , and everyone nodded their heads in agreement. "Then ," he went on, "I propose we postpone further discussion of this matter until the next meeting to give ourselves time to develop disagreement, and perhaps gain some understanding of what the decision is all about." 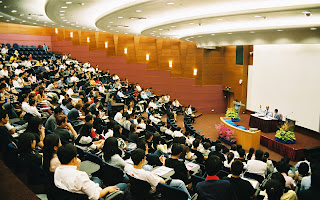 His book , Marketing Management, is a classic textbook;it applies rigorous analysis and mathematical methodology to the practiced of marketing. Its influence has been monumental.Kotler was primarily responsible for lifting marketing out of disrepute in which it had once been held. He changed it from being part of sales to being a recognized strategic function in its own right. Kotler sees marketing as being about the exchange of values between two parties; a social activity , not just a business one. He coined the term " social marketing ", defined as " the systematic application of marketing to achieve specific behavioral goals for a social good".

Kotler sees marketing as something that evolves over time; at first focused on transactional marketing , but now with much more attention to relationship marketing. This is the idea of customer loyalty as the means to build a whole series of sales out of a single transaction. 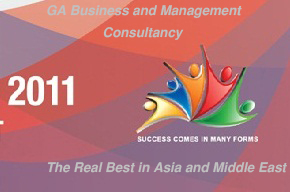 MICHAEL PORTER
The Essence of Strategy is choosing what not to do.

Michael Porter has been criticised for his willingness to boil his thoughts down into a series of bullet points, each of them with a plodding unmemorable title. Nevertheless, Porter effectively redefined the way that businessmen think about competition. This was largely by introducing the language and concepts of economics into corporate strategy. He began by simplifying the notion of competitive advantage and then created a new framework for companies to think about how to achieve it. This has led him to another field of interest; clustering the extent to which industries of old and new stay geographically close to each other.Porter maintains that businesses do well economically because of this clustering of specialized skills and industries. This , through dynamic competition between them, produces superior products and processes.

Recently, Porter has started to write about corporate social responsibility , applying his thinking about competition to social issues.

W. EDWARDS DEMING
I think I was the only man in Japan in 1950 who believed my prediction -that within five years , manufacturers the world over would be screaming for protection (from Japanese imports).It took four years.

After the Second World War , Deming went to Japan to advise on a census that was taking place there. He stayed on to advise Japanese businessmen how to inject quality into manufacturing industry. At the time, Japan was notorious for the poor quality goods that it produced. By the late 1970s Japan was producing quality stuff.

Behind the Japanese quality miracle was W. Edwards Deming who had begun to teach middle managers about quality. Deming's approach involved demonstrating that all business processes are vulnerable to a loss of quality through statistical variation. Management, he argued , was responsible for 85 percent of that variation . Reduce the variation; increase the quality , was the foundation of his advice.

Deming's method for bringing this about was built on what became known as quality circle. These circles consisted of groups of workers who sought to improve the processes that they were responsible for, in four stages. First, the planning of how to do it, then the implementation of that plan. Then, workers would check variances from anticipated outcomes and take any corrective action that was necessary.

Over a number of years he came to distill his advice for managers into "14 points", which ranged from quality related items such as "cease dependence on mass inspection. Build quality into the product from the start", to more human issues such as remove barriers to pride workmanship". 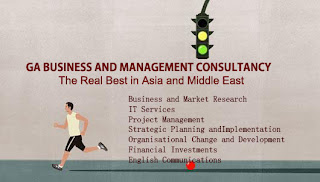 GARY HAMEL
Strategy didn't start with Igor Ansoff neither did it star with Machiavelli. It did not even start with Sun Tzu. Strategy is as old as human conflict.

Gary Hamel brought a new focus to the subject of corporate strategy, building his reputation with the idea of core competencies. "Core competencies are the collective learning in the organization, especially how to coordinate diverse production skills and integrate multiple streams of technologies", they are the things that an organization does exceptionally well.

Hamel took corporate strategy away from the precision of traditional planning. Strategic innovation, he said , will be the main source of competitive advantage in the future. Traditional strategic planning , he argued , is not strategic ; rather it is a calendar driven ritual about plans and planning. Great strategies come from challenging the status -quo.In his recent book he argues: "Like the combustion engine , it's a technology that has largely stopped evolving and that's not good."  What then does the future management hold? Hamel doesn't say "My goal in writing this book was not to predict the future of management , but help invent it, he wrote. Useful things to bear in mind , he suggested , are the need for companies to have purpose  to seek out ideas from the fringes, and to embrace the democratising power of the Internet.

LAURENCE PETER
In a hierarchy, every employee tends to rise to his level of incompetence.

Not many management gurus have their name adopted for a principle, especially when they are not really a guru at all . The Peter Principle first appeared on the cover of the book of the same name;it has since become part of the English Language.

The book was an instant hit. Peter's corollary stated:"In time , every post tends to be occupied by an employee who is incompetent to carry out its duties". One reviewer wrote at the time. "There is a chilling touch of truth behind the whole thing." Industrial organizations realized that it applied to many of them. Most hierarchies know the outstanding finance director who is promoted to be an outstandingly disastrous CEO. Taken to extremes , the Peter Principle is a deeply depressing idea. It means that all employees who are not already hopeless at their job are merely in transit to a desk where they will be. Peter's solution to this "philosophy of despair" was to recommend "creative incompetence" . Anyone can avoid disastrous promotion by creating " the impression that you have already reached your level of incompetence. Creative incompetence will achieve the best results if you choose an area of incompetence which does not directly hinder you in carrying out the main duties of your present position."While looking round your office , you may find yourself wondering who is practicing creative incompetence.