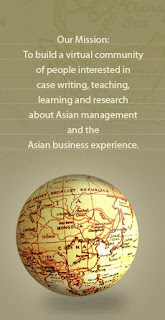 Whatever the perceived approach to leadership, the most important point is the nature of the leadership and the manner in which the leader influences the behavior and actions of other people.

Leadership is a dynamic form of behavior and there are a number of variables that affect the leadership relationship. Four major variables are identified by McGregor as:

McGregor concludes that "leadership is not a property of the individual, but a complex relationship among these variables".

According to Kouzes and Postner, credibility is the foundation of leadership. From extensive research in over 30 countries and response to the question of what people " look for and admire in a leader, in a person whose direction they would willingly follow", people have consistently replied that they want;

" leaders who exemplify four qualities: they want them to be honest , forward -looking, inspiring and competent. In our research our respondents strongly agree that they want leaders with integrity and trustworthiness, with vision and a sense of direction , with enthusiasm and passion, and with expertise and a track record for getting things done".

Fullen refers to the importance of relationship building as a basic component of the change process and effective leadership: "Leaders must consummate relationship builders with diverse people and group-especially with people different from themselves.Effective leaders constantly foster purposeful interaction and problem solving, and are wary of easy consensus".

Within an organization, leadership influence will be dependent upon their type of power that the leader can exercise over the followers. The exercise of power is a social process which helps to explain how different people can influence the behavior/actions of others. Five main sources of power upon which the influence of the leaders is based have been identified by French and Raven as reward power, coercive, legitimate power and expert power. We shall consider these in terms of the manger and subordinate relationship.

Finlay suggests that in addition to the five sources of power identified by French and Raven can be added:

It is important to note that these sources of power are based on the subordinates perception of the influence of the leader, whether it is real or not. For example,if a leader has the ability to control rewards and punishments but subordinates do not believe this, then in effect the leader has no reward or coercive power. Similarly, if subordinates in a line department believe a manager, in a different staff department has executive authority over them then even if, de facto , that manager has no such authority there is still a perceived legitimate power.

" You have to look at leadership through the eyes of the followers and you have to live the message.What I have learned is that people become motivated when you guide them to the source of their own power and when you make out of employees who personify what you want to see in the organization".

"Copyright infringement is punishable by law"