A strategic alliance is a relationship between two or more organizations that falls somewhere between the extremes of an arm's length sourcing arrangement on the one hand and a full blown acquisition on the other.

In general there are two types of strategic alliance: a bilateral alliance (between two organizations) and a network alliance between several organizations). They have many advantages:they require little immediate financial commitment, they allow companies to put their toes into new markets before they get soaked and they offer a quiet retreat should a venture not work out as the partners had hoped. However, going into something knowing that it is (literally) not a big deal, and that there is a face saving exit route, may not be the best way to make those charged with running it hungry for success.

One thing crucial to a successful alliance is the degree of cultural compatibility. Companies are advised, for example, to pick on someone their own size. Alliances between very big organizations and very small ones are hard to operate not least because of the different significance that the alliances asumes in each organization's scale of things.

Strategic alliances grew at a phenomenal rate during the 1990s. Some companies, such as General Electric , set up several hundred. But alliances have not always been successful. In 1998 BT and AT&T agreed to bundle their international assets into a single joint venture that started off with annual revenues of $11bn, annual operating profits of $1bn , and some 5,000 employees. In 2001 the two companies agreed to unwind -at considerable cost. 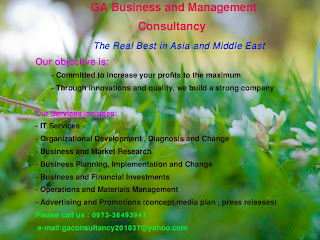