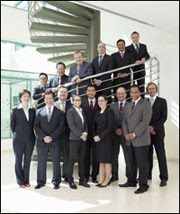 Sometimes a claim is made about a subject, that it does not appear to have any immediate practical use. (A legendary academic remark is, "Here's to pure mathematics, and may it never be of the slightest use to anyone".) Accountants or engineers for instance rarely justify their courses on such grounds. Their claim is to train accountants or engineers. And they are right. Mathematics does indeed train the mind -to do mathematics. And also mathematics is very useful in many fields , so it also could be said to train for these, to some extent. depending on how much maths is involved.

Mental Muscles
Often the claim is that the chosen subject teaches the student how to think, reason, memorise, solve problems etc. Or it strengthens the "mental muscles", in the sort of way that push-ups strengthen arms. Very often the claim is that a particular subject-Latin, or maths, or whatever, has a special virtue, and is thus the best of all subjects.

The physical analogy is false. The mind is not like a muscle. Indeed the mind is not physical, though it is inseparable from  physical structure, the brain. The mind/brain does benefit, particularly in the course of development, from both physical and intellectual input. A healthy diet, and a stimulating environment, are both necessary. From the educational point of view, this means a range of intellectually interesting and demanding subjects including, but by no means limited to, the conventional school curriculum. Some of these may be more beneficial in general than others, but no one has so far demonstrated this. On the other hand it certainly has been shown that a very restricted inputs harms development. The extreme cases are those unfortunate children who are every now and then discovered, who have spent most of their childhood alone or sometimes with animals. They are always handicapped and in severe cases never recover. Milder cases are those educational diet consists entirely of learning by rote and without understanding, an intellectual impoverished as unjustified as depriving a child of essential  vitamins or proteins.

The question of what psychologists call transfer of training has been investigated experimentally for over a century , and despite the experiments becoming  more thorough and sophisticated, the early findings still broadly stand. If you want to learn something, it is best to tackle directly. It is less successful to learn or practice something else, and hope that it will somehow rub off. The best way to master, say, a tennis serve is by serving, of course with instruction, monitoring and feedback. That's why all top players have full time coaches.

Learning to Think
It is just the same with mental skills, but it is seldom one so systematically. University teachers consistently claim their aim is to improve "critical thinking", or an equivalent phrase. What they turn out to mean is "effective thinking". But when asked how they do this, they can't really answer-often falling back on the idea we started with, that "critical thinking" will result from whatever they are teaching. A student who learns to assess historical, or scientific , or literary, evidence and reaches conclusions can, to some extent, transfer this to other situations. But here are two conditions. First , that each subject has its own style of argument. Other situations may yield other sorts of reasoning. Second , the student needs tutoring in transferring skills;or rather , in seeing what is general in the skills and how they can be applied. This is usually left to chance.

"Critical thinking" can be taught. There is much research showing how to do it. Four elements can be distinguished, all of which need to be specifically developed. One is a readiness to do the hard work that thinking requires (as all skills do). A second is the skills themselves-such things as understanding how cause is determined, recognizing and criticizing assumptions (not taking things for granted), analyzing means-goal relationships, giving reasons to support conclusions, and so on. Third is training and analyzing problems to see their structure, and thus how thinking skills can be applied to them. An fourth is standing back to check  for effectiveness and monitor progress toward a goal. Most high level subjects incorporate some of these to some extent , but not systematically. (There are also numerous pop psychology books claiming to teach one to think , usually with little sound foundation and based on gimmicks.)

The idea that certain subjects "train the mind" almost certainly goes back to medieval higher education. A student's early years were spent on skills that would generally useful. "Grammar" (as in "grammar schools") was Latin, which was necessary for the study of any subject, and indeed for any sort of professional career "Dialectic" was logic and reasoning; "rhetoric" was persuasive communication. These and other skills prepared the student for training in any profession. But in most universities education has become more and more specialized, and we have in a sense come full circle by once again asking what sort of general education we should provide , as well as what specific subjects. "Critical thinking" or "training the mind" might well be part of it. 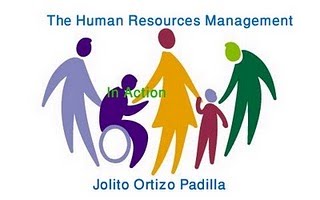