Challenges of Effective Governance: Suggestions to the Local Government of Duenas (LGD) -My Hometown: 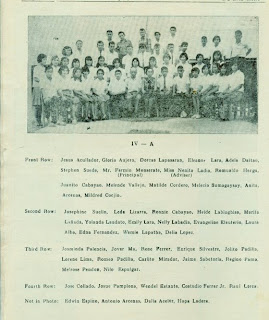 The National Economic Development Administration (NEDA) released their annual report dated December 5, 2010 about the life improvement of those people living in towns and cities in the province of Iloilo. Read as: " The town of Duenas has not improved the per capita income base of the people for the last three decades". Meaning the life situations of those people living in my hometown, Duenas has not improved for the last thirty years.

This article sets out deliberately provocative on how to establish effective governance in the hope of kick starting a long overdue discussion on why the Local Government of Duenas (LGD) find it so difficult to establish good governance.

Whether an initiatives sets out to counter slump agricultural productivity, lack of budget for road and bridges infrastructure or alleviate hunger and poverty effective program and project management is essential. But this too often results in "governance in name only", or "GINO". And the cost of continuing to live with GINO is much too high.

In the book , Managing Successful Government Program states that authority and responsibility for the delivery of programs should be invested in a senior responsible leader, the mayor. This was an attempt to move away from council of committee or councilors , where it was difficult to establish accountability for decisions. Despite this government wide aspiration , attempting to establish who is accountable for major decisions is still notoriously difficult.

MSP goes on to suggest that the senior responsible leader (mayor) and its council of committee (councilor) is elected by the people, and are responsible for the decisions, defining the direction of the town and ensuring alignment to the strategic direction. MSP assumes that the council of committee exists, is in agreement and is willing or able to function coherently.

To assume that the people is cohesive and coherent and that the senior responsible leader is an effective part and accountable to it, without acknowledging the challenges inherent in this or providing suggestions how they can be overcome , undermines effective governance. Unless we face up to the existence of this problematic relationship, we will continue to live with GINO(Governance in name only).

Ineffective governance encourages the leader to attempt to contain the symptoms rather than correct the causes of the problems. One example is, when reporting is poor , the leader often imposes a new report layout rather than redesigning the processes that produced the inadequate report in the first place. Symptom containment of causal correction is all around us.

Establishing effective governance is the key to unlocking the drive, courage and creativity necessary to work on causal correction and make our LGD effective and capable of delivering successful programs and projects.

Designing how effective governance should work is a challenge and successful designs rare. But it can be done. However, even when designed well , the individual and collective behavior of council of committee can still undermine its effectiveness. We now need a more mature and informed debate about the obstacles at the different level including the people , so we can abandon GINO once and for all.

The number of LGD who have actually encountered the challenge of working with people to establish effective governance is very small. Unfortunately , there are many more who without such experience often simplistically talk about how it should be done. To counter this distraction , we need to improve our understanding of the challenges faced by the individual and people , then spend time on exploring effective solutions.

I am interested in hearing from anyone of making governance work in my hometown Duenas. It's time to leave GINO behind.. at least in Duenas..

As to quote: " It is the strongest of the species that survives, not the most intelligent . It is the one that is the most adaptable to change". Duenas surival and prosperity depend on effective actions that are creative and adaptive. Being able to adjust to the environment and to the world depends on an accurate evaluation of the changes going around us". -jolito ortizo padilla..
Ipinaskil ni Jolito Ortizo Padilla sa 3:12 AM